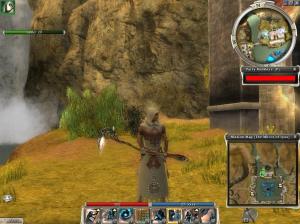 I know there are some of you out there who find my preoccupation with hair and boots a bit shallow. You are entitled to your opinion, of course (wrong though it may be). *grin* But I have pointed out to you time and again that most of my coworkers who come inworld immediately begin focusing on their avatar’s looks. I am in the process of moving my project from one grid to another. My host on the new grid immediately began raiding my inventory for clothing, AO and hair. I figure that is fair trade for hosting my work for free. *grin* And writing code for me.

It’s not just SecondLife and Opensim avatars, however, who worry about their appearance. My son plays Guild Wars. He is a Dervish Monk. /me nods indulgently. “That’s nice.”

I have no idea who or what a dervish monk is, but hey, it sounds better than say “ogre of terror” or “orc” or something like that. This morning he came over to me and dropped $10 on my keyboard. I looked up at him, startled. “I used the credit card for my game” he said. “I needed to improve my outfit.” *grin* Ah, this IS my son, after all. *bigger grin* I replied “Far be it from me to criticize anyone who needs to improve their avatar, but you are right – *I* don’t need to pay that particular bill.” He invited me to his side of the table to see how he spent the money. (When he is home, we sit together at the table, laptops covering the surface. Yes, more than 2 laptops.) 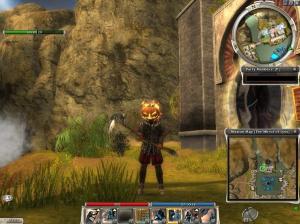 First I got to see the plain vanilla Dervish Monk. I have to say that I thought the monk looked fine. Then the upgrade appeared – The Lich outfit. DEFINITELY much more impressive. (I could almost have been convinced to pay for that upgrade, it makes such a difference! *laugh*) Apparently the monk also has a fiery head costume as well. I’d never pay for THIS. Pumpkin head??? Fiery pumpkin head? Nah. I vote for The Lich.

Just remember – you only have one chance to make a first impression!

One thought on “Even Dervish Monks Care About Appearance”