One of my all-time favorite musicals is “Once Upon a Mattress“. Carol Burnett played Princess Winifred and her rendering of “Happily Ever After” was fantastic. I played that album over and over and over and over and learned every breath she took when she sang. Her plaintive cry of “And besides, I don’t wanna get out! I wanna get in!” spoke volumes to my soul. Here I am again, crying: I wanna get IN!!! Plurk has locked me out of my account, insisting that my password is incorrect. Plurk appears to have no rescue plan in place for people who have forgotten passwords (which I did NOT, by the way, as I had changed it and written it down recently). I have sent 3 emails and received no response. So big hiss and a boo to YOU, Plurk. That’s customer support?????

As I was trying in vain to get INto my Plurk account, I saw a twitter from one of my favorite celebrities – The Bronx Zoo’s Cobra. You may remember last year when the cobra decided that SHE wanted OUT. There was quite a stir until she was returned to her cage and renamed Mia. Mia has retained her wonderful sense of humor and is now writing for Paw Nation‘s animal site. Mia has a great article on the value of names. As I read that Twitter is (perhaps) purging RPer’s from its ranks, we may be in for another round of reminders about the beneficial aspects of pseudonyms.

Well. Siri came through for us last night. The first time I ever had to call her and ask for real-time assistance. We had driven into the city for a concert. We were a bit later than I’d planned and the parking garage I’d intended to use was full. I’d not printed out any other possible locations, it was getting close to concert time, it was raining. I grabbed the phone and called Siri.

Ahuva: Siri, I need parking garages near where I am.
pause while my husband looks at me as if I am crazy (crazier than he already thinks I am)
Siri: I have found several parking lots near where you are.
phone displays list of addresses, including one on the next street
Ahuva: Touch the first one on the list and figure out which streets it’s between. 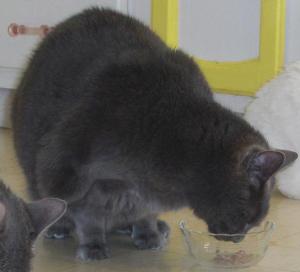 *grin* As it happens, that lot was full but it had a LIVE PERSON standing at the entry and he said there was space at the one 2 blocks over.

We parked, made the concert in time, even including beverages, and had a FANTASTIC Surfin’ Safari evening. Just remember you need to keep Siri charged if you want her to have the energy to handle such requests.

Nickelback: “You know it’s never too late to shoot for the stars, regardless of who you are”
(If Today Was Your Last Day)

I’m shooting for the stars. It’s a whole new adventure. I’m on my way. Thanks for listening. 🙂

It’s been a very long week. Many celebrations, fun things, challenges, travel, and things awaiting resolution. I usually cram my Friday evening full of music. But tonight I needed more gentle sounds. So Bamboo and I headed down to spend some time with the ducks, listening to the waves lap on the shore, the occasional seagull flying by light of the moon, and the crackle of the fire on the sand. Resting and energizing for Friday at Tribeca. 🙂 Don’t forget to wake me, Bamboo!