I don’t know why I said it. She kept talking, laying out her plans. When, where, how. I felt the words forming in the back of my head. The words began moving forward, much the way anesthesia starts rolling in and overtaking you when you are having surgery. My mouth opened and I heard myself say “Why don’t I drive with you?” And like that – it was done.

I’ve never had a ‘bucket list’. Travel is good, but not really something I think about much. My idea of paradise is being down the shore, chilling (metaphorically) on the beach, watching and hearing the ocean.  Oh sure, I like to drive. But…….. Drive across CANADA??? I’ve never even driven across the USA. Not only that, but we’ve never met face-to-face. And we’re planning to spend easily a week together in a car with 2 cats and a dog? As my friends and family keep asking: How do you KNOW she’s not an axe murderer???

It’s done. I have to trust that someone who has 2 cats and the cutest little fluffy dog is NOT an axe murderer.  (When would she find the TIME to stalk victims when she must cater to the demands of the four-footed rulers?)

Honour and I are setting out on an adventure. We are driving across Canada because Honour is relocating from British Columbia to a small island off the east coast of North America. That’s a lot of Canada. Did you know that at the moment, as I type, British Columbia is experiencing it’s hottest temperatures ever? And that a good part of BC is burning???  I’ve begun describing our trip as “Fires, Rockies, Plains, Lake, Cities, Ocean”. 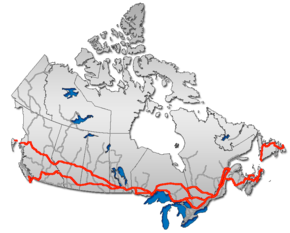 The countdown has begun…. 3 1/2 days until I head to the airport and fly west, only to drive east.