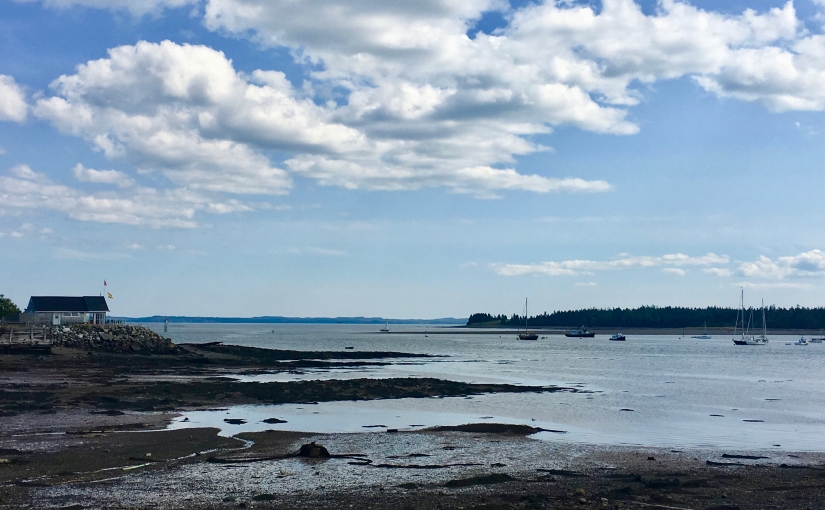 We had two looonnng days on Monday and Tuesday – trying to reach New Brunswick by Tuesday evening so that we could get to the lawyer on Wednesday.

Monday had a lot of fun events but also a lot of driving. We didn’t reach Ottawa until nearly midnight. The picture below comes from one of our road stops. 🙂 My sister and son both benefited from that – although they don’t know it yet. Honour’s brother got birthday wishes. I only wish there had been room in the car and my carry-on bag for that moose! 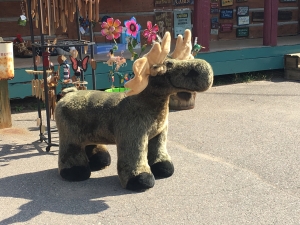 Tuesday was northern Ontario: Ottawa to Edmunston. Edmunston was the first stopping point we reached before the sun set, although just barely. Tuesday was another day when we realized that there is a lot of not much there in huge stretches of Canada. When you read the post about Tuesday you will see that we had to rely on our own sense of humor for that stretch. I have wondered often on this trip if anyone else would find us as hilarious as we find ourselves, or if this is a case of leaving the ventilation system on recycle for too long. What you see below is Quebec’s idea of mountains. Now that I have seen the west coast, I too can be snarky about anything less than the Rockies. 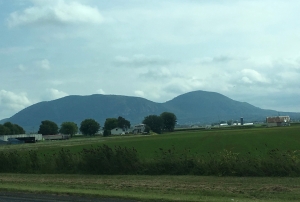 Wednesday was Edmunston to Saint George, a mere 300 or so kilometers. At this point anything less than 800 km is akin to driving around the block. We reached Saint Andrew by the Sea. The tide is out, but this is the Bay of Fundy. New Brunswick is gorgeous, simply gorgeous.

Tomorrow (Thursday) we actually reach Campobello Island and see the house for the first time. With any luck, I’ll have time to do some writing and share some of the really fun things we saw on the way.

One thought on “Driving Not Writing”